Trading Places is the most popular trading (and presumably, Christmas) movie among energy traders (as proven by Anthony Crudele via his podcast interviews). So while we get into the holiday spirit, it seemed appropriate to highlight how energy flows have their own version of the movie plot playing out.

I was chipping away at this blog post yesterday morning when the EIA published the below chart, which highlighted the same data I was working on (great minds, right?!). It illustrates via our ClipperData how Iranian condensate imports have dried up into South Korea since July - front-running the deadline of Iranian sanctions, which kicked in on November 5:

As Iranian condensate flows have dropped off, we have seen predominantly light sweet grades of US crude and condensate discharging in South Korea instead.

Eagle Ford and DJ Common are just two of ten different US crude and condensate grades making their way to the East Asian nation this year. In recent months we have also seen a pick up in heavier grades such as Mars, ANS and even Uinta Yellow: 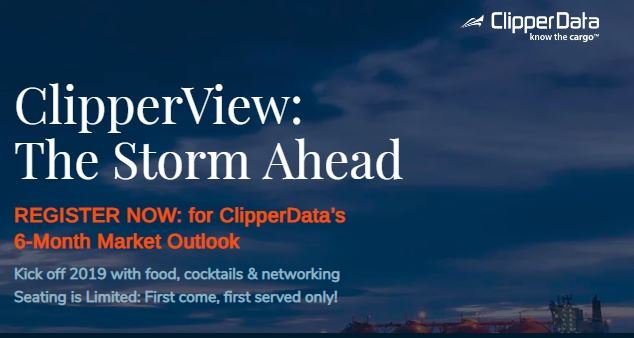 Look closely enough, and the theme of trading places is ever present in our ClipperData. Take US crude flows: they are currently involved in a game of whack-a-mole. US barrels have found a new home in South Korea, as exports into China have all but dried up amid tariff talks and trade war chatter.

Stepping up to fill this void have been light sweet Libyan grades, led by Es Sider and Sarir:

Trade war concerns have not just impacted crude flows - we also see Middle East LPG flows trading places with US LPG volumes into China. Interestingly though, after a four-month absence, 578,748 bbls of US propane have just been delivered to Zhongjia Huachen's LPG terminal in Jinshan. As long as there is a supply gap to fill - and the price is right - a market participant is willing to sell, Mortimer, sell.